The  forecast might have been gloomy but that wasn’t going to stop nine of our lovely Liskeard Ladies Cycle Group from turning out for this first anniversary ride.  It didn’t help that Ann and Rebecca were late in arriving meaning that everyone got a bit cold.  However, by the time we reached Dobwalls we had all warmed up.  Here we stopped to take stock.  The weather was truly appalling and we needed to decide whether to continue to Lanhydrock with the very strong wind and rain or instead seek refuge in the Highwayman PH and call it a day.  The consensus was that we should continue – we were already wet through so what did we have to lose? This group has truly come a long way in the course of a year and I am just so proud of being associated with a group of women who will now tackle quite tough cycle rides in all sorts of weather.

Anyway, along to Doublebois, left to Redposts and then right onto the A390 and up the hill through East Taphouse.  Left at the top and then the first right towards Boconnoc.  Now the rain eased and with the quieter roads the cycle ride actually began to feel pleasant – also we were now able to chat as we cycled.

Connie was sporting very smart new tyres – and had put one of them on herself; Cindy had amazing tales to tell about hockey matches, her daughter’s wedding and installing a wind turbine (as you do); Amanda’s injured foot was on the mend, although still very painful to put down which meant that she was keen to keep cycling however steep the hills.  Now we turned left towards Braddock, down the very steep hill and then up the other side – where I for one took a bit of a walk.  Back out onto the A390 for a very short distance and then right along the road to Duchy Nurseries.  Down the hill to Respryn Bridge  (a fifteenth  century bridge over the River Fowey which was once the site of a civil war battle), where we stopped for a group pic.  Then left and up the hill through the Lanhydrcock Estate gate, pausing only to pop Megan’s chain back on (Rebecca had lost hers too a bit earlier).

Before we knew it we had arrived at the Cycle Hub Café and were tucking into scones and cake and coffees.  Here too we met up with Steve, our patient back-up service for the morning who had made sure he was available in case any of us had wanted to turn back earlier; and with Pete, Charlie and Keith, who had been mountain biking.  Also with Susie, who following a recent op was not able to cycle with us but now had a coffee with us and collected her Liskeard Ladies jersey ready for the next ride, hopefully.  Thank you to Ann Byfield who handed round anniversary chocs – much appreciated!

Now we had sunshine and this determined group (with the exception of Ann K and Rebecca who were pleased to accept a lift home from Steve) all decided they were going to cycle home again making a ride of approximately 30 miles in total – Lynne and Emma turning off at Doublebois.  This is so impressive – and also very good training for cycling to the  AGM on the 15th  – a 25 mile ride. 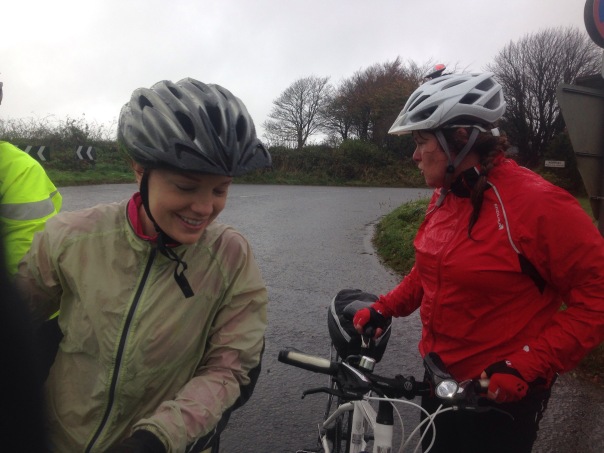 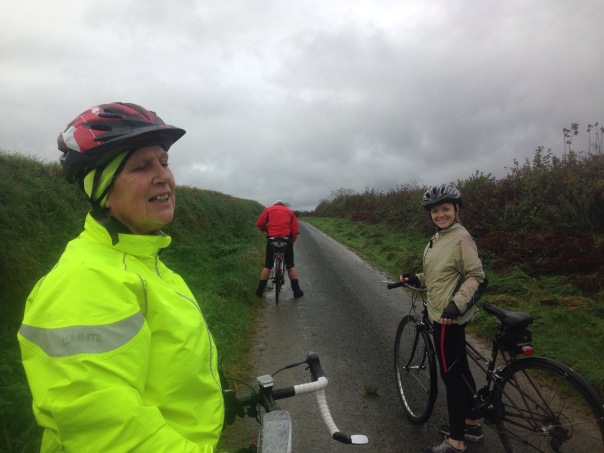 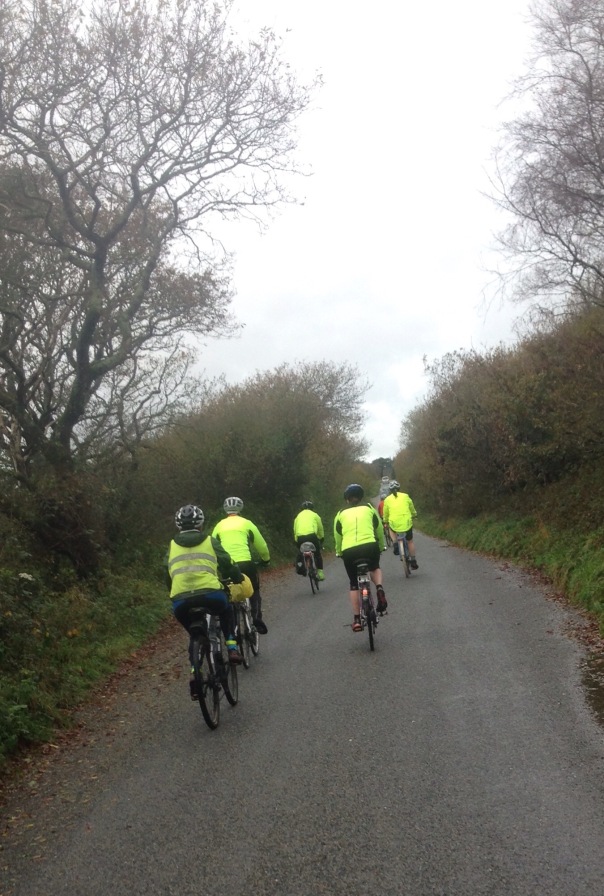 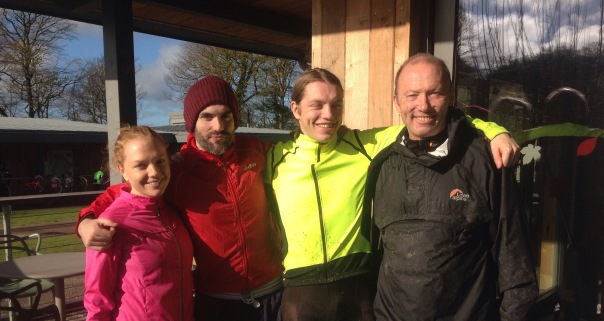