The night before, Pete had indicated it would be great if we could find a Sunday lunch, for both of us a dim and distant memory from our past! Our aim therefore was to be organised and leave York at a sensible time.
Although Hilary let us out of her back yard by 9 am we then found ourselves in conversation with Bruce (with his ‘chocolate is not just for breakfast’ apron – so sensible) and Ralph from across the road. It turned out that Ralph and his wife,  Sue, had completed the End to End a few years earlier (as well as lots if other long distance rides) and so we swopped stories about how we wash our clothes and the relative merits of keeping going or sight seeing. We had planned to use the B1222 to head towards Selby but they suggested the cycle route 65 and very kindly gave us a map so we could find the start – thank you, both!
Route 65 was very good to Selby – a good surface and following the route of the old railway line. Many other cyclists were using it and it had the added fun of having the planets set out along its length to give you an idea of their relative distance from the sun.
With the first 10 miles or so under our belt we thought we could treat ourselves to a hot choc in Selby – the only coffee shop open turned to be Wetherspoons for whom hot chocolate – or indeed coffee – is not necessarily their strong point. However, it was an exciting stop because of the other cyclists we met there. Alan and Marianne (real cyclists!) had just popped up from Leeds, next stop York, and were regular sportive participants. Alan also commuted over 20 miles a day on his bicycle. It was great to have a chat with them.
After that the day went down hill a bit.

We were now on the A1041 South – a good road for us but now my bicycle developed more serous problems with its front dérailleur. Pete spent 30 mins on trying to improve it and we moved off round the corner on to find a pub serving Sunday lunch and Pete telling me it was now 1 pm and so a good time to stop. Lunch completed we managed another couple of miles before we realised my bike needed some serious attention and so we pulled into a quiet road. Here Pete worked on it for another 45 minutes. This to e there was some real improvement and we were able to set off more confidently.
Luckily the road was level and straight and we now made good progress to Thorne (cup of tea at delightful cafe at the side of a fishing lake) and a quick stop to pick up our pot noodles for the evening.
Now on the A614 – also a fast and level road so that we were able to do long stretches together at 20 mph. We sailed through Bawtry and then on for the final 9 miles to Retford.
Here we met up with Adrian who showed us to our self catering room at ‘No. 4’ and showed our bicycles into a separate room for the night. Here Pete had to turn his skills to unblocking the shower drain to prevent a bathroom flood before we took to our beds and were rocked (?) to sleep with the Karaoke across the road – nothing keeps you awake after a day’s cycling! 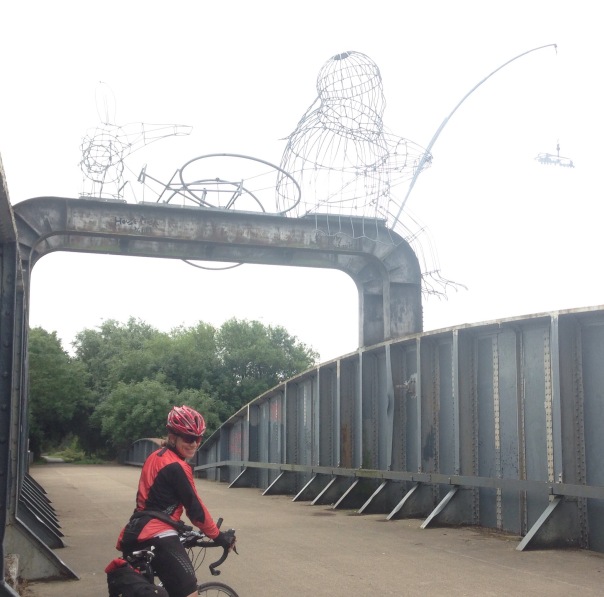 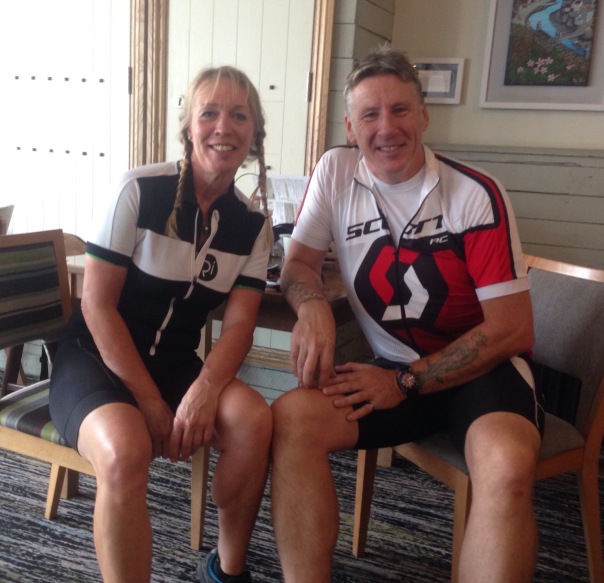 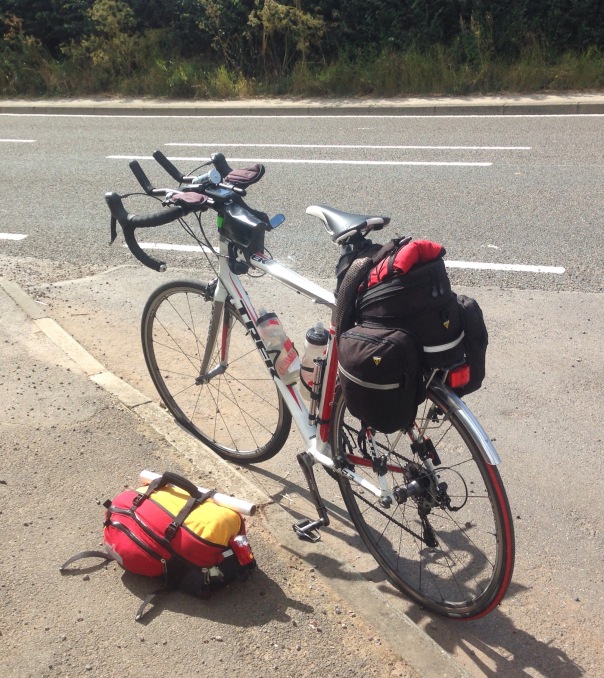 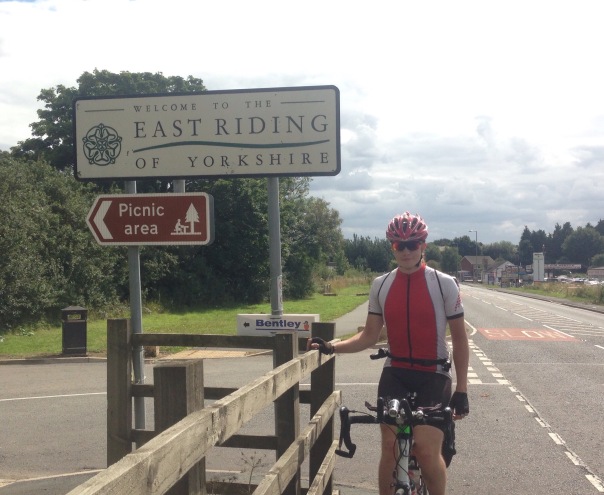 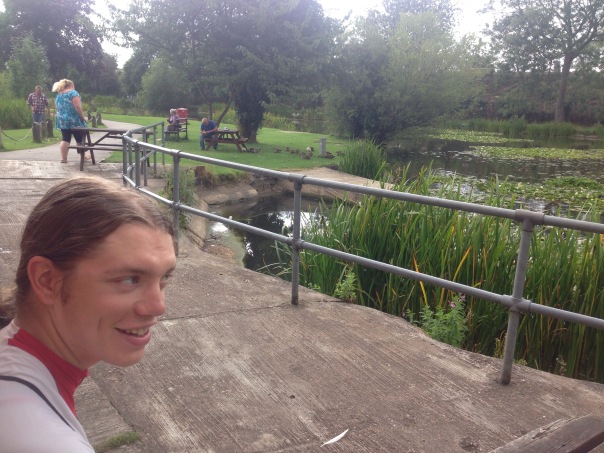